It’s Friday again so that means that here on whYAnot it’s time for another watch and review for The Lizzie Bennet Diaries!

This week I’m discussion episodes 41 through 50.

NOTE: The links below in the episode titles will take you to the video for the episode on the Lizzie Bennet Diaries website so you can watch and join the fun.

In Episode 41, Charlotte decides to help Mr Collins with his pitch (Your Pitch Needs Work). Mr Ricky Collins ends up pitching his proposal… to Charlotte! 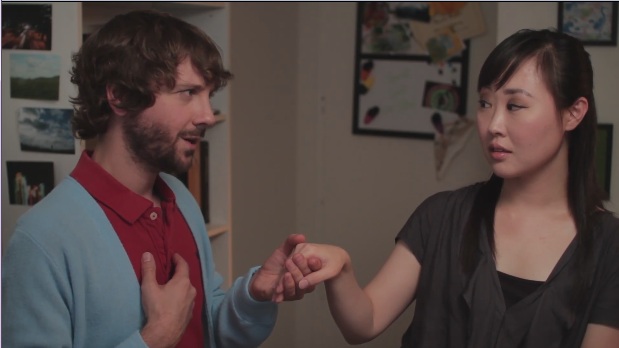 You may have thought Lizzie and Charlotte were Friends Forever but Lizzie thinks Charlotte is making a big mistake with Mr Collins. Lizzie stoops rather low resulting in some sort of emotional blackmail to get Charlotte to stay but Ms. Lu has packed her bags and is leaving this week.

“My name is Lizzie Bennet and I miss my best friend.” Lizzie is Missing Charlotte in episode 43. With Mrs Bennet still annoyed Lizzie passed on Mr Collins and Jane keeping making sure Lizzie has copious cups of tea and all the hugs she can handle, things could be worse… You could have Lydia applying to replace Charlotte as main side kick… oh wait. That’s happening too. 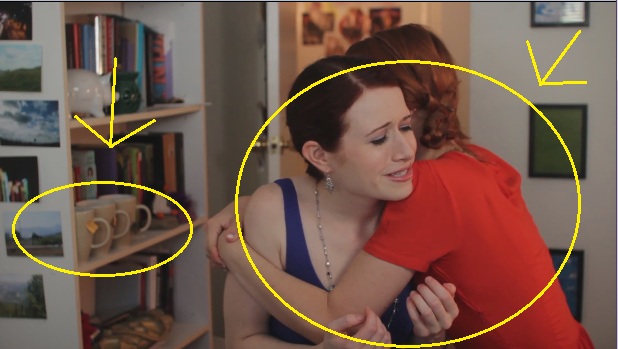 Tea and cuddles a plenty as Lizzie adjusts to a Charlotte free life..

Lizzie can’t stay in her Charlotteless depression for long as George Wickham is back on the scene bring a new kind of Darcy Wickham Drama. Our fearless heroine is almost gleeful with the revelation that dastardly Darcy and spectacular swim coach  G-dubs (the one and only George Wickham) have a history. What could George have on Darcy to make him behave so oddly?

In Wickham Story Time we get to see Wickham in the flesh… but he is no stranger to Lizzie’s vlog as he has apparently been watching them for a while. Which makes him more than acceptable to help Lizzie put on a show and fill us in on just how he and Darcy know each other. Lizzie is somewhat not surprised to learn that Darcy is the villain in Wickham’s tale.

Internet – This is George.

Bing Lee has a birthday and everyone is invited! Lizzie has a plan to keep her mother off her back whilst still managing to enjoy the party in Birthday Party Battle Plan (episode 46). And because every social situation Lizzie finds herself invited to also involves Darcy being involved – George Wickham is going to attend as Lizzie’s plus one to protect her from his snarkiness.

It’s About Communicating shows some trouble in Swim Coach paradise. Never one to over estimate the involvement Darcy has on a bad situation – Lizzie decides that it’s all his fault when Wickham stands her up for Bing Lee’s party. Lizzie’s confusion over Wickham has her turning to Lydia for dating advice…. and twitter breaks some news.

After Bing Lee, Caroline and Darcy pack up and move to Los Angeles without any warning, Mrs Bennet manages to make the situation all about her (Snickerdoodles). But it’s Jane who Lizzie is really concern about. Lizzie indulges her sister in some “costume therapy” as they re-enact a Wickham/Lizzie phone call. 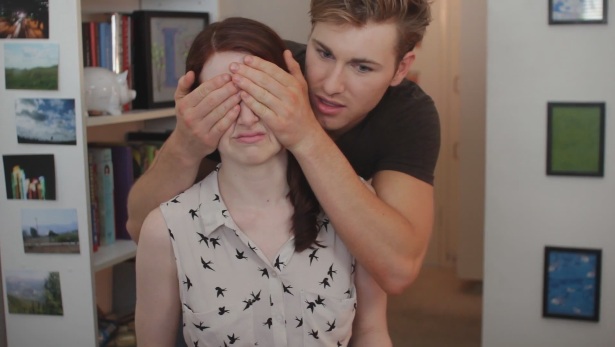 With Charlotte, Caroline and now Jane all departing for greener pastures, Lizzie may or may Not [be] Paranoid. Unsurprisingly she blames Darcy for Bing and in turn Jane leaving but at least she has George around distract her from her own paranoia… that is until G-Dubs announces that he’s going away for a few weeks too!

Moving On has Lizzie considering her options as Lydia shows up with a break up survival kit prepared to be there for Lizzie. Charlotte calls(!) and Lizzie plans on visiting her very best friend for a few weeks before classes start again.

It’s episodes like Snickerdoodles that just reiterate to me how much I love the casting of this web-series. The characters are incredible. In the space of a few minutes Jane goes from ecstatic and upbeat to devastated to optimistic over the future – and I was with her the entire way. She is so convincing and I love that I believe her every word and emotion. It also had me googling Snickerdoodles.

There’s quite a bit happening in these ten episodes – Charlotte leaving, Wickham’s story and now Jane and Bing’s relationship issues. I think it’s so clever that even knowing the traditional story I’m on the edge waiting for what I know is happening next and when it happens I adore how everything unfolds.

We’re half way though! Next week I’ll be posting my summary for episodes 51 – 60.

Here are a list of the bonus episodes. There’s the first seven Maria of the Lu episodes and a very special Q&A with George helping Lizzie answer questions.