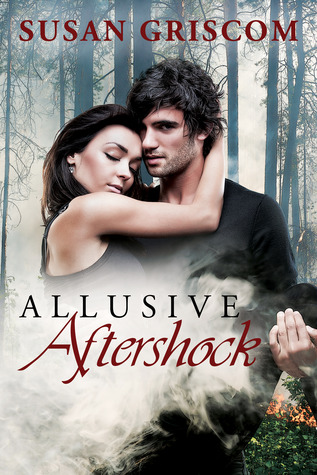 Synopsis (from goodreads):
What happens when a major earthquake changes life as you know it and the boy you thought you hated ends up saving you? Three times!

Courtland Reese is the guy everyone hates and makes fun of because … well, he is weird. He communicates with animals. Strange or interesting, seventeen-year-old Adela Castielle can’t quite figure out, but when he saves her from being trampled by her own horse, she begins to understand him a little better and wants to learn more about him.

But, Max–her best friend/dream guy/someday-to-be-her-husband-only-he-doesn’t-know-it-yet–hates Courtland with a passion. Adela wants to know why, except neither boy is talking.

When Max leaves her stranded in his parents’ wine cave with his worst enemy, Courtland, after what the experts are calling a “megathrust” earthquake, Adela starts to question her loyalty to Max as steamy kisses in a dark damp cellar only fuel her emotions with more conflict.

But does she really have time to worry about that when fire, destruction and mayhem surround her?

As Courtland stood, the legs of his chair scraped along the floor and the back of his knees pushed it out of the way of his tall frame. His dark green hoodie hung loose and unzipped, his jeans sat low on his waist. His hair was slicked back away from his face, different from the normal way it usually fell over his forehead, giving him the appearance of an ancient Native American warrior. If I wasn’t already in love with Max and Court hadn’t been so mean to me the other day, I might actually think he was hot, the way he walked up to get the book without saying a word, his gait easy but cautious as he sauntered past Max’s desk. One never knew what Max might do and Courtland had been the brunt of his antics more than once.

“Stop by the library on your way back and pick up a couple of the books they have on earthquake preparedness. There should be a good selection on the subject. Ask Mrs. Snow to help you; she’ll steer you in the right direction.”
Courtland strolled out of the room while Mr. Montgomery continued his talk about earthquakes.

Sometimes I felt sorry for Courtland, the way some of the kids made fun of his keen intuition with animals. This morning, I was still too mad at him to care much about that, though. My mind wandered back to Big Blue. I really wanted to ride him—maybe today would be a good time to do it. If Max rode with me, Courtland might stay clear. I scribbled a quick note in my binder, ripped the page out, folded it into a little square and handed it to Max while Mr. Montgomery wrote something on the board. He read it and folded it back up before sticking it under his history book. After flashing a smile at me, he nodded.

I sat doodling on the paper in front of me, making little swirling designs I thought might look good on a book cover, half listening to Mr. Montgomery when I felt a brush of material glide over my arm. I looked up to see Courtland as he strolled past me, back from his trip to the office.

All of a sudden, my desk jolted 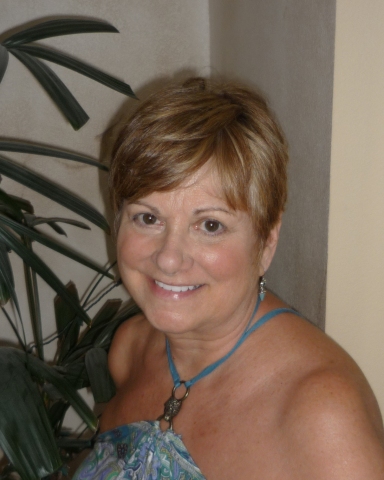 Susan Griscom daydreams often. And sometimes her daydreams interfere with her daydreams not to mention real life. Because, let’s face it, her character’s lives are so much more exciting. Sometimes it’s young adult or new adult or just plain old mainstream fiction and sometimes it’s paranormal romance, where her playing field delves into a different milieu than the usual vampires and werewolves. Some day she might write about fangs and fur, but for now she prefers sticking to strong heroes and heroines confronted with extraordinary forces of nature, powers and abilities beyond the norm, mixed with some steamy romance to get the blood boiling.
Susan lives in the Sierra Foothills in Northern California with her very romantic husband, her small yippy dog, Riley, and her humongous black cat, Saké. Her family consists of his and hers; four wonderful sons and one beautiful daughter, and seven grand angels.
Susan loves when a story takes hold and pulls her into the fantasy, that’s magic.
You can visit Susan at http://susangriscom.com or email her at susangriscom1@gmail.com. She loves hearing from her fans.
Author Links:
Website | Goodreads | Twitter | Facebook