Lately I’ve been on a bit of a The Mortal Instruments by Cassandra Clare kick.

It’s never too late to start a new series and with the last book, City of Heavenly Fire, being released in May – there is still plenty of time to get up to date with this fantastic series before it ends.

I thought I’d share five reasons with you why I recommend this series.

Werewolves may be your thing. Or perhaps you like to read about vampires. It could be book with Fae in them are what you crave. With the Mortal Instruments series – you don’t have to choose. Vampires, Were and Fae all manage to co-exist in this world although not entire peacefully. And you also get an incredible type of mystical being called the Shadowhunters. They’re descendants of angels and they are essentially demon hunters. They have a magic of their own and are so very kick-arse. 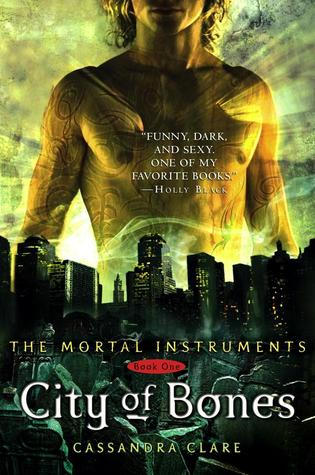 City of Bones – the first book in the Mortal Instruments series

It’s hard for me to pick a favourite because there are so many incredible characters in this series. The main character, Clary Fray, is learning about the Shadowhunters and all that goes bump in the night and as a reader we get to learn along with her. Her best friend Simon, a mundane, is by her side as they both discover that things were a lot simpler before they knew the stuff of horror films exists. All of the shadowhunters, vampires, werewolves, fae, mages (and even the mundanes) are great characters. I think every single person who appears in these books has their flaws. They are not perfect people. They are selfish and make mistakes but they adds to their realism and appeal.

Simon, Isabelle, Alec, Jace and Clary – the main characters of the series

There’s a lot that goes on in these books. So much action and drama, romance and tragedy. But it is a series that feels planned. The surprises are shocking to me as a reader but I can tell that the authors knows exactly what she is doing. I’m eager to read on and see what is next for Clary and co. despite the pain and anguish Ms. Clare puts them through. I know that there is a lot more excitement ahead.

He’s diabolical. He thinks his way is the right way and will stop at nothing till he gets what he wants. And somehow – despite how much I despise what he’s doing to my favourite characters he’s admirable with his abysmal and atrocious actions.

While the Mortal Instruments series might be coming to a close, it’s not the end if you want more Shadowhunters. There is a prequel series, The Infernal Devices, which already has three novels out and another spinoff called The Last Hours which is set in  Edwardian London and fin de siècle Paris and is set to publish in 2017. 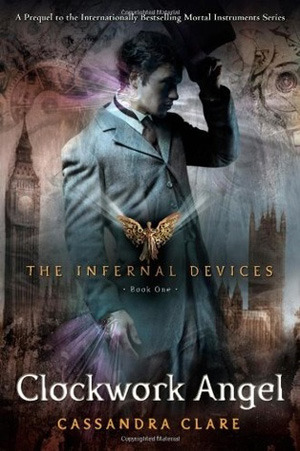 Clockwork Angel – the first book in the Infernal Devices series

There you have it. My five reasons why I love this series. I’d love to hear your reasons for enjoying Cassandra Clare’s writing or why you aren’t as much of a fan as I am.

The teaser/trailer for the City of Bones movie has been released! It’s based on the first book (City of Bones) in the best-selling Mortal Instruments series by Cassandra Clare.

The film comes out in August 2013 and this trailer looks so good that I’m considering reading all the books in this series and the prequel series before the film comes out in. I’ve not been this excited about a movie since the Harry Potter films.

But here is a link to watch the video on the MTV website: City of Bones Trailer