Books I reviewed in November:
(Links take you to my reviews) 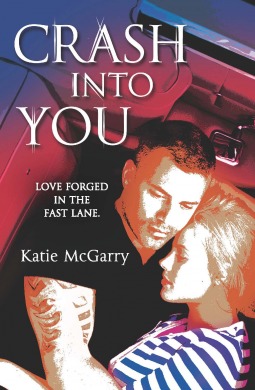 Favourite Book Read in November 2013: Crash Into You (Pushing the Limits #3) by Katie McGarry

What’s Coming Up on the Blog in December?

I’m pretty excited about some of the books I’m reviewing in December. Pawn by Aimee Carter is the first in a new dystopian society. It’s got a different social class system, interesting technology and some great characters. On the 10th I’m taking part in the Amberlin Kwaymullina blog tour – The Tribe series looks interesting. I’ve been excited about Amberlin’s books since Mandee from VeganYANerds gave The Interrogation of Ashala Wolf five stars. I’m also taking part in the Captivate by Vanessa Garden blog tour (Friday the 13th is my stop) which is exciting. I love books about mermaids and the fact that Vanessa Garden is an Australian only makes me more excited! I’ll also be reviewing All Our Yesterdays by Cristin Terrill which is an amazing thriller involving time travel.

That’s just the first two weeks and it’s looking like December is going to be a fantastic month blog wise! I’m going to Tasmania at the end of the month – which I am so excited for. I’ve never been before and can’t wait to see all the Apple Isle has to offer! I bought a copy of The Hobbit and Lord of the Rings and plan on taking them with me on my holiday – I’m finally going to read these classic books that I’ve heard so much about. 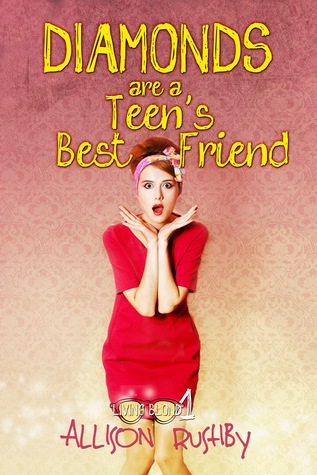 Synopsis (from goodreads):
Nessa Joanne Mulholland, aka Marilyn Monroe’s No. 1 teenage fan, is used to moving house. This time, however, she’s relocating in movie-star style—crossing the Atlantic on board the Majestic, headed for Paris from New York City. And it really would be in movie-star style if it wasn’t for the fact that she’s bringing her cringe-fest professor dad along for the ride (Dad’s specialization: human mating rituals—need Nessa say more?). Oh yeah, and sharing a cabin that’s five decks below sea level and next to the engine room. Still, at least Holly Isles is on board. Yes, really, that Holly Isles—star of stage and screen. Suddenly, things are looking up. Looking a little Marilyn, in fact, because events are strangely mirroring Nessa’s favorite movie of all time, Gentlemen Prefer Blondes.

There’s no doubting it. This is going to be one pitchy crossing.

Nessa Joanne Mulholland is just a teeny bit obsessed with Marilyn Monroe. But when she finds Marilynisms all the time in her daily life can she really be blamed? On a cruise ship with her dad, Nessa meets thirty-something Holly Isles, a world-famous actress and someone Nessa feels like might be a kindred Marilyn fan. Holly has three broken engagements to her name and after bonding over mocktails and maraschino cherries, Nessa starts to believe that her real life is starting to feel a lot like her favourite movie, Gentlemen Prefer Blondes. Nessa takes it upon herself to be the Lorelei to Holly’s Dorothy, the Marilyn to her Jane, and comes up with Nessa’s Lessons in Love. She’s going to find Holly’s Perfect Man before the cruise is over!

This book is very cute. Nessa is an engaging main character with a lot of passion for her beloved Marilyn. At thirteen (almost fourteen!) years old, I thought there were times when he behaviour was a little unbelievable but lets face it – becoming BFFs with a movie star is a bit of a fantasy too and this isn’t a book to take too seriously. I love the idea of this book – that even 60 years after Nessa’s favourite film being released, it’s still enjoyable and somewhat relevant to modern life. The parallels from the film to Nessa’s life are beautifully done – you don’t need to have seen the film to enjoy Nessa’s antics but if you have seen it I think you’ll like how Nessa relates them to her own situation.

I love a good love story but I didn’t really connect with Marc – Nessa’s sort of love interest. He felt old beyond his years organizing and looking out for his aunt – but this only made the gap between the almost fourteen year old Nessa and the seventeen year old going on forty Marc seem even larger. That said, as eye candy for the Marilyn obsessed, he was okay and did a good job at keeping Nessa a little off-balance. Holly is lovely if not a little odd. She’s fun but I couldn’t quite imagine the educated adult woman to be taking love and life advice from a teenager she just met. But like I said before – this isn’t supposed to be real life. This is a sweet story where you shouldn’t let realism (or lack there of) get in the way of a great novel.

Fun, cute, sweet and fairly short – I’d recommend this book for younger teens. It’s clean and amusing with a quirky and entertaining main character who lets her imagination get away from her – and gets her into trouble! Diamonds are a Teen’s Best Friend is the first book in a trilogy and this is a series I definitely want to read more of – can’t wait to see what Nessa gets up to next!

Note: I decided that I need to watch Gentlemen Prefer Blondes after reading this book and I had such a great time imagining Nessa as Lorelei Lee – this movie maybe from 1953 but it’s a lot of fun. Thanks Allison for inspiring me to watch a Marilyn film!

Thanks to NetGalley for the review copy.

To celebrate the release of her book, Allison is hosting a Rafflecopter giveaway. You can win one of twenty gorgeous “Marilynette” wristbands from the Etsy Marilynette Shoppe. This is open internationally and if you want to enter, please click on the Rafflecopter link below. This giveaway is open until the end of December.